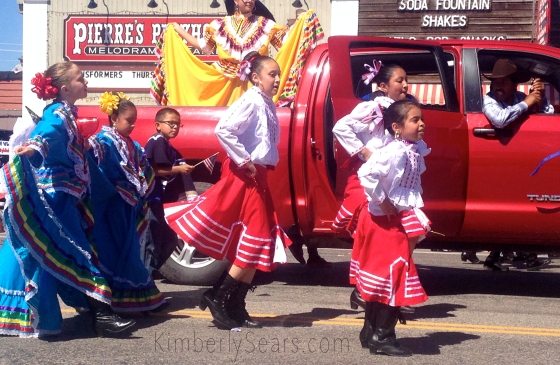 We kicked off our weekend in Teton Valley at the Independence Day parade in Victor.

The iconic giant spud making its appearance in the parade

Everything about small-town Idaho on a Fourth of July weekend–the old uniformed men staunchly carrying the colors, the fireworks, the feeling of community, the huckleberry shakes made from berries just picked here in the valley, the fun-loving families breaking out into water fights, the little blonde girls with red and blue ribbons woven into their pigtails–makes me so happy, proud, and grateful to be an American.

(And at the moment I’m feeling proud to be an adoptive Argentine, too.)

¡Aguante Argentina! We wore our fútbol jerseys to give Argentina luck in their standoff against Belgium…I guess it worked!

On Saturday morning we woke up at 5:00 am to go watch the hot air balloon launch on the rodeo grounds.

The sunrise and the balloon launch were absolutely magnificent against the background of the Tetons! The view of the Grand was perfect.

And while we’re on the subject, let’s get one thing straight: there is no such thing as the “Grand Tetons.” That’s a misnomer. They’re called the Tetons, or the Teton Range. The “Grand Teton” refers to that big peak in the middle there, or to Grand Teton National Park.

Whew. Thanks for letting me get that off my chest. 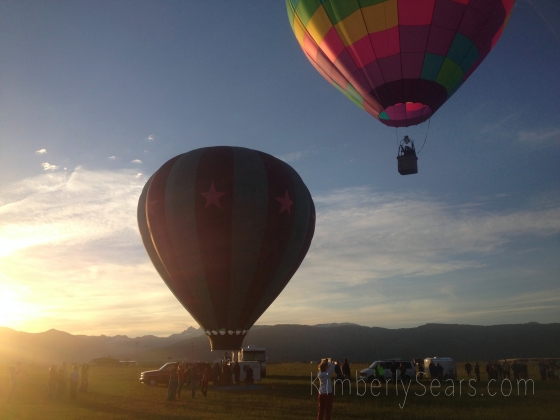 Landon experiencing the inside of a hot-air balloon

After the balloon launch, we seized the afternoon and hiked up to one of our favorite spots, the Darby Canyon Wind and Ice Caves. 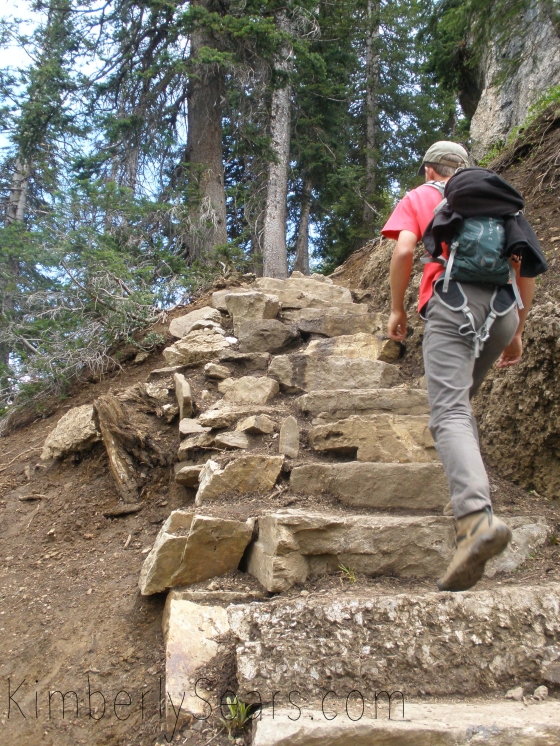 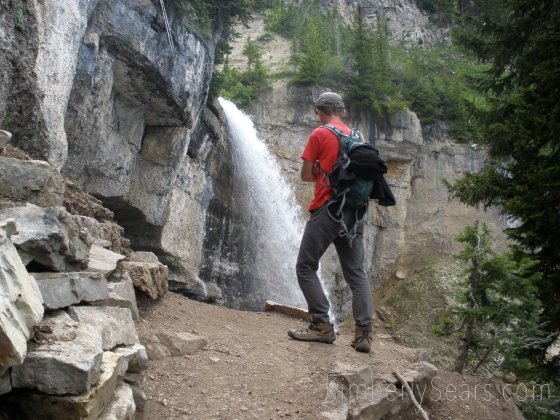 The Wind Cave is so named because its entrance is the mouth of an immense waterfall of glacier melt and it’s really…well, windy in there. 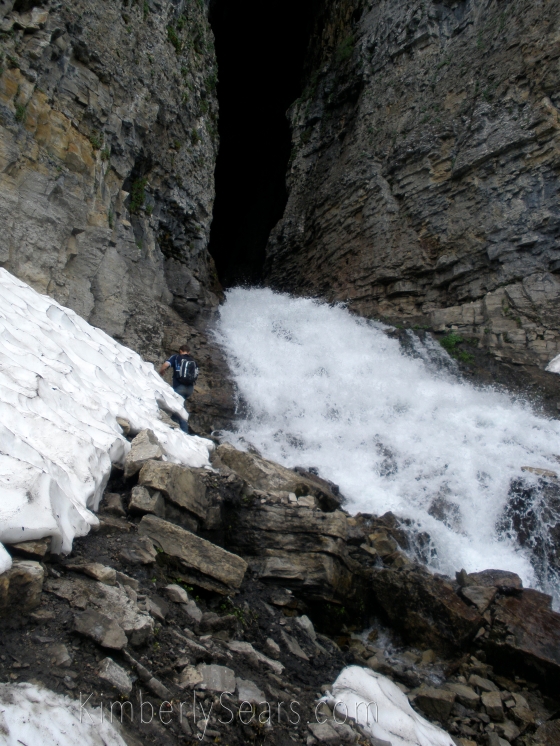 Mark ascending to the mouth of the cave

A mile farther up the trail lies the entrance to the Ice Cave. 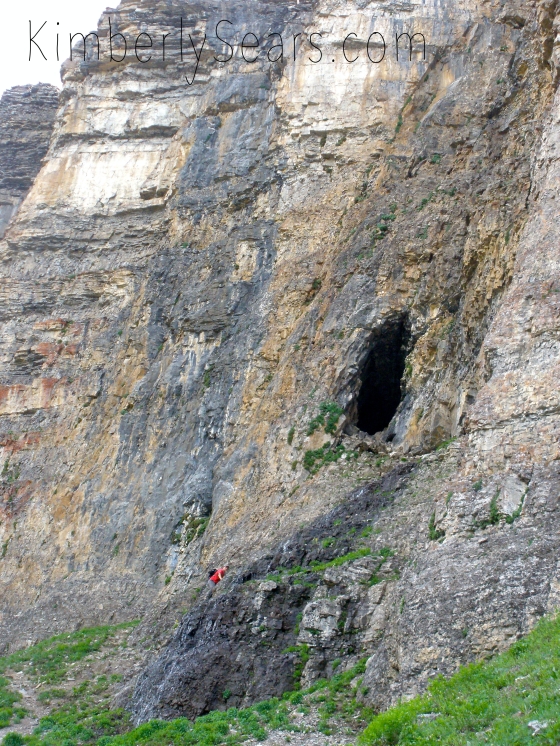 Logan climbing up to the Ice Cave 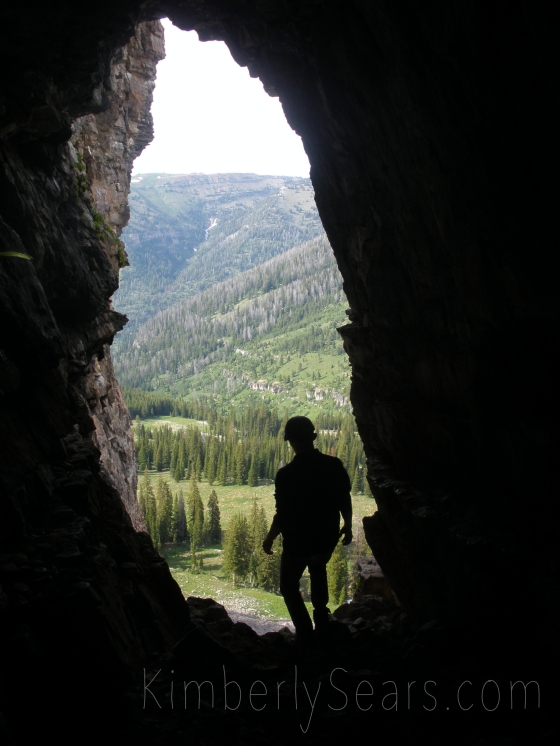 The view from inside

We hiked to the Wind and Ice Caves exactly two years ago, in July of 2012. Ascending the steep canyon trail and looking back out over the pine valley we had just traversed, I thought a lot about how far I have come in the last two years.

The last time I did this hike, I had just barely gotten home from Argentina. I didn’t have a job or a car or any money (having given up all those things to move to Argentina for eighteen months). Mark and I had written letters for a year and a half, but we’d never really dated–we’d never even so much as held hands! Where would I live, where would I work, what would I do? My life was one giant question mark, and I remember feeling more than a little alone and discouraged as I climbed the cliffs on the way to the Ice Cave.

Now, two years later, everything was different. Mark was by my side and we were trekking this path together. Life had unfolded for me things I never could have imagined. I never would have guessed the struggles that these two years would bring, and how steep the path would feel; but then, I never could have dreamed up the delightful surprises, the gorgeous vistas, and the perfect moments, either.

Some recent trials have snagged me like an unexpected tree root sticking up in the trail that trips you and sends you flying. I’m feeling a little bit like that lonely hiking girl again: a little sad, a little worried, a little unsure. I’m jumping up and brushing myself off and trying to pull the sticker thorns out of my hands. What will the next few years bring? I have no idea! But one thing is for sure: I’ll take the climb. 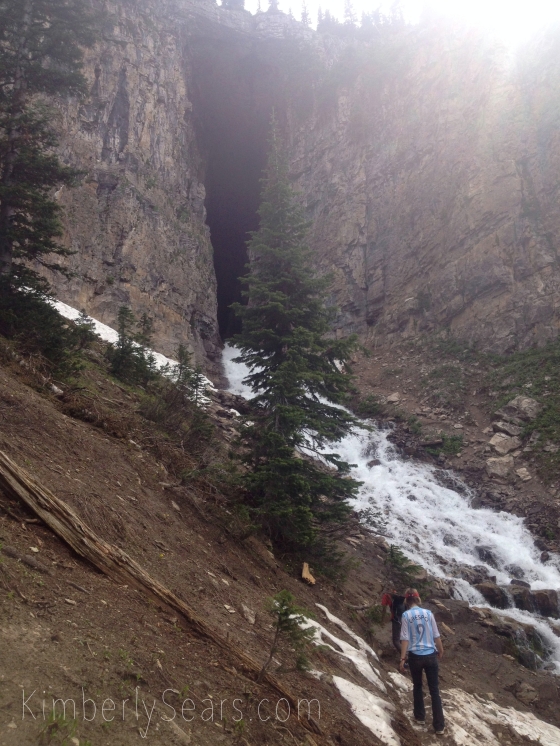 So after a long hiatus from my blogging life, I’ve decided to re-enter the blogging world so that I can record more of my random thoughts and experiences–since, it turns out, there is life after Jerusalem, after all.

So in the six months since I last posted I have:

Me and my dad, uncles, and brothers on the summit.

Been a bridesmaid and married off two of my best friends.

Jana, Jessica, me, Heather, Samantha, and our beautiful bride Carrie. (Carrie’s mom made her dress! Isn’t that amazing? P.S. This photo is courtesy of Samantha.)

Davy Bennet and Kristi Torgerson…no, wait! She’s a Bennet now. Weird how marriage will do that to you. (Photo courtesy of Mindy Tuikolovatu.)

And in between all that there’s been lots of school, work, football games, genealogy, rock climbing, road trips, and everything else that makes life great.